When an object is physical, the script function


causes an object to drift smoothly toward a target position.  The drawback is that the motion is not uniform.  The velocity decreases toward zero as the target is approached.

This movement is approximated by 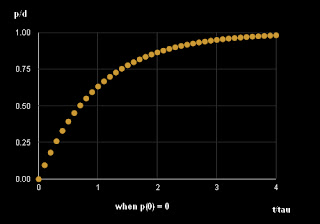 The object is at position

at time t.  Because of the exponential attenuation of the velocity, it will reach the position

after several intervals of the time interval


The object motion is made more uniform by using only an early portion of this exponential motion. 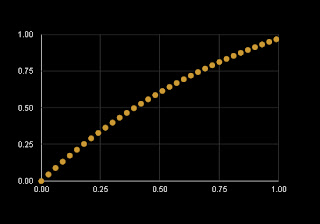 To create this effect, calculate a target position

, then terminate the movement at the time


For a target position d_target, a single step movement is shown below as code fragments.

desdemona enfield
... is a master scriptrix and advanced builder in the Linden grid and various opensimulator grids.